Back to FAQ Center

Group Management is an important feature for operating a large scale digital signage network. A group represents a set of SMP players which play the same content. If we refer to the traditional TV broadcast world, an SMP group is comparable to a TV program channel. Therefore, group content management of digital signage is associated with channel content management in the TV world.

CAYIN’s digital signage has a simple but powerful management philosophy. Incorporating SMP players and CMS servers, administrators can manage a large number of media players and divide them into groups to update contents, edit playback schedules and modify configurations centrally and efficiently. This document aims to introduce the mechanism of CAYIN’s content management with Group, Media Folder, and User Account.

The following terminologies are frequently used in the operations of SMP and CMS products. It is important to understand the exact definitions of these terminologies.

Media Folder is the folder that SMP or CMS stores media files and later plays them back.

Media Folder in SMP player can be internal HDD, SSD, or USB disk based on the user's configuration. Each SMP player has only one Media Folder. Media files will be stored in the storage device of the SMP player. Users have five ways to upload files to the Media Folder of an SMP player:

In a CMS server, there can be one or multiple Media Folders. Go to Access > Folder Management page on the CMS Web Manager, users can add or delete a new Media Folder(s).

Users have three ways to upload files to a Media Folder(s) of a CMS:

NOTE : When executing schedule, SMP players in the same group will not play exactly simultaneously, because there might be tens of seconds of difference between the execution time of each player.

You can configure SMP player’s Group in CMS > CMS Connection page. Players with the same Group name will belong to the same group. Please note that the Group name should be written in English (A-Z, a-z), Numeric (0-9), Dash (“-“), underline (“_”) and is case-sensitive. 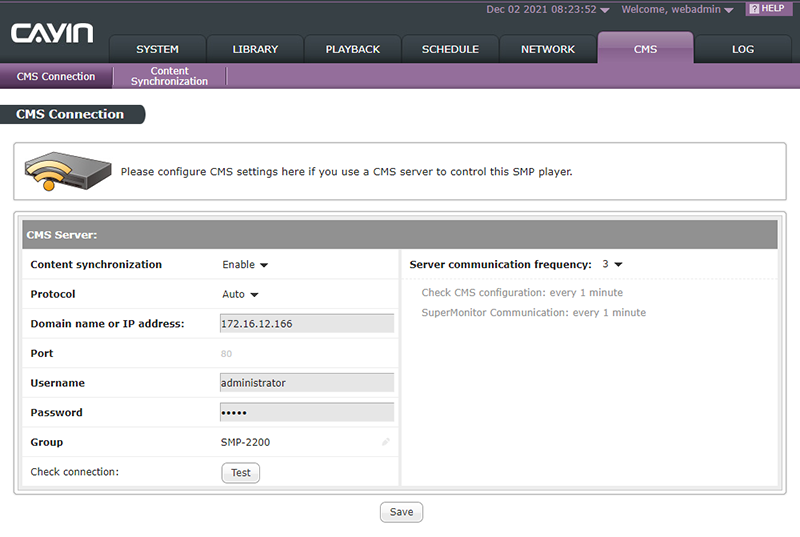 You can create or delete groups in the Group management page (ACCESS > Group). When creating a new group on CMS, you must assign a Media Folder to this group. Then, this group will be associated with that Media Folder.

For example, you assign SMP1 to GROUP-A and associate GROUP-A with CMS’ Media Folder, Folder-1. When the synchronization begins, all media players, including SMP1, in GROUP-A will download files from Folder-1. 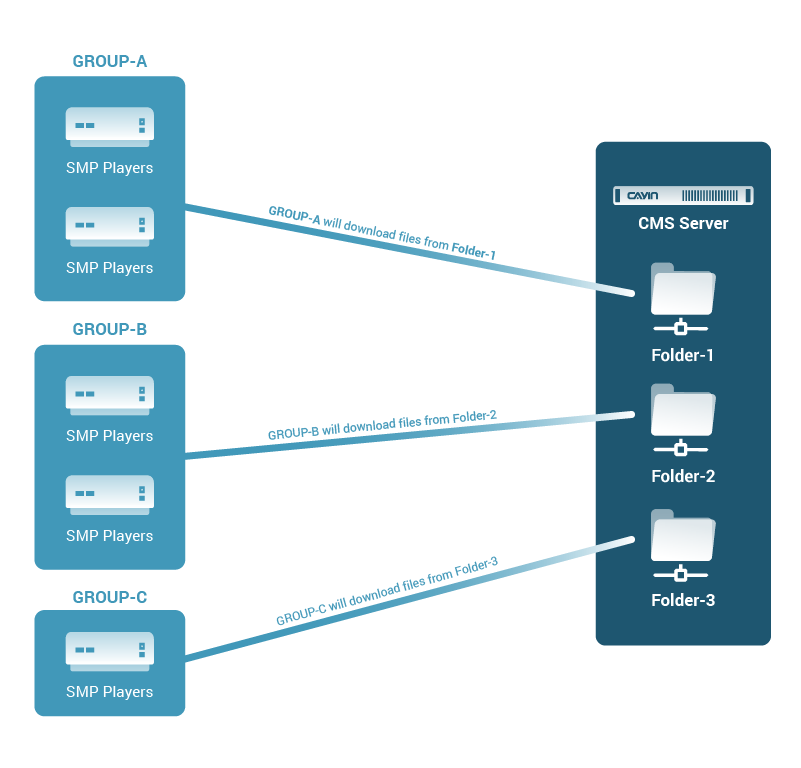 Content management of CMS and SMP is on a per-group basis. The system uses groups to combine Media Folder, User Account, SMP Player, and Content Update to manage contents easily.

You can create five layers of groups in a CAYIN CMS server. Parent and child group is a concept of "a group of groups", which means you can add a subgroup to a parent to manage contents and schedules for multiple groups at the same time. For example, if you assign players to Child Group 21, and Child Group 21 to Parent Group 1, those players in Child Group21 will playback files in Child Group 21 and Parent Group 1 according to the priority you set. This is convenient for users who want players, in different groups, to play the same multimedia files. In short, the child group will inherit the digital contents and playlists of its parent groups. 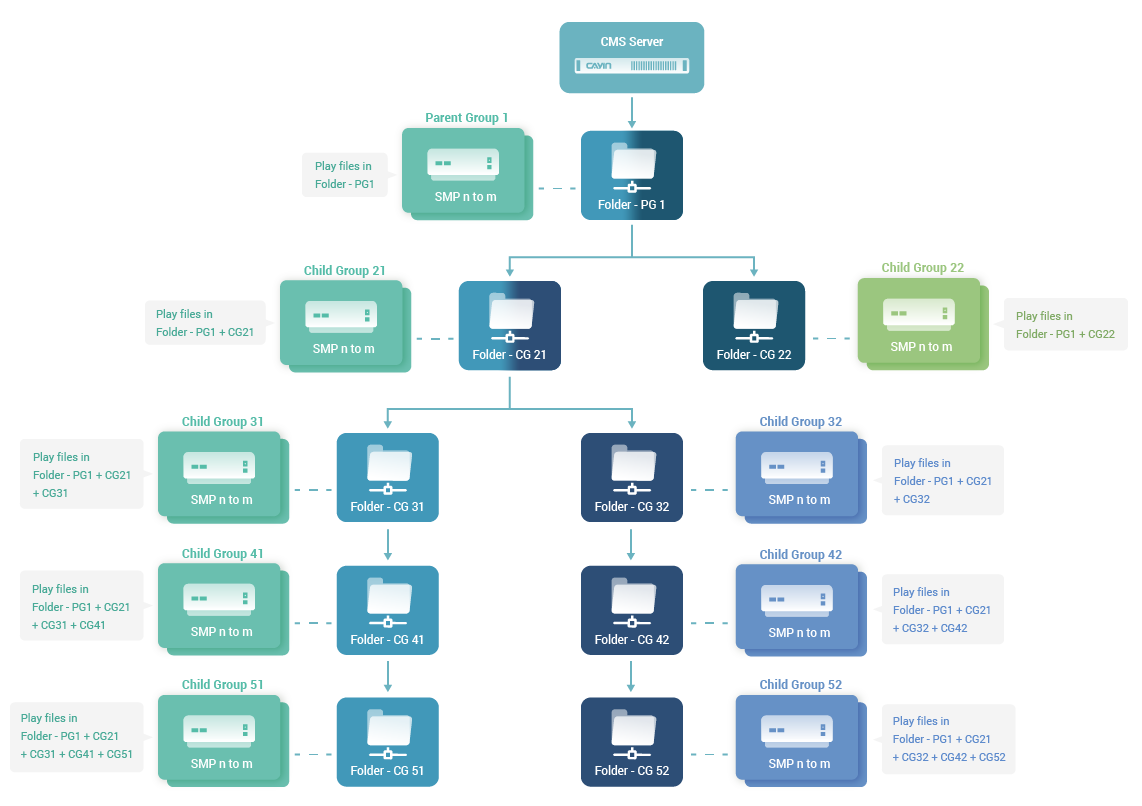 Administrators can upload multimedia files to the CMS server by FTP or Network Neighborhood (Shared Folder). After CMS server verifies the username and password, SMP player will retrieve content from the server based on its settings of Group and Media Folder.

As for the operation steps, please refer to Establish Communication between a CMS Server and an SMP Player.